How I Got my Agent: Brenda Drake PLUS Giveaway 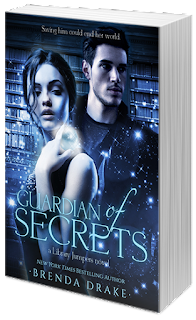 Being a Sentinel isn’t all fairytales and secret gardens.

Sure, jumping through books into the world’s most beautiful libraries to protect humans from mystical creatures is awesome. No one knows that better than Gia Kearns, but she could do without the part where people are always trying to kill her. Oh, and the fact that Pop and her had to move away from her friends and life as she knew it.

And if that isn’t enough, her boyfriend, Arik, is acting strangely. Like, maybe she should be calling him “ex,” since he’s so into another girl. But she doesn’t have time to be mad or even jealous, because someone has to save the world from the upcoming apocalypse, and it looks like that’s going to be Gia.

Maybe. If she survives. 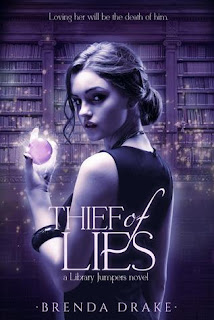 Gia Kearns would rather fight with boys than kiss them. That is, until Arik, a leather clad hottie in the Boston Athenaeum, suddenly disappears. While examining the book of world libraries he abandoned, Gia unwittingly speaks the key that sucks her and her friends into a photograph and transports them into a Paris library, where Arik and his Sentinels—magical knights charged with protecting humans from the creatures traveling across the gateway books—rescue them from a demonic hound.

Jumping into some of the world's most beautiful libraries would be a dream come true for Gia, if she weren’t busy resisting her heart or dodging an exiled wizard seeking revenge on both the Mystik and human worlds. Add a French flirt obsessed with Arik and a fling with a young wizard, and Gia must choose between her heart and her head, between Arik's world and her own, before both are destroyed.

How I Got My Agent

The journey that led me to my current agent was filled with missteps, heartbreaks, and frustrations. Before signing with the fabulous Peter Knapp of the Park Literary Group, I’d had another agent. My relationship with my previous agent had soured. Mistakes were made and the confidence in her ability to represent me waned. She’d convinced me into signing a book deal that wasn’t in my best interest. Thankfully, her agent contract had an end date. So when it expired, I took the opportunity and didn’t resign with her. Many of her clients left her at the same time. They all had similar issues as I had had with her, so I felt confident in my decision.

I hold writer contests on my blog and host the quarterly Twitter pitch parties on the hashtag #PitMad. Just a few weeks after I’d left my agent, there was a #PitMad. I’d spotted Pete on hashtag favoriting tweets, which is a request to read more by agents. He’d been starring middle grade books, and I had one I was about to query. I invited him to be an agent in one of my contests and warned him I’d be sending him a query. He said he looked forward to seeing it. Since I’d already been agented before, I made a narrow list of six to seven agents that I would want to work with and sent them all queries.

The next day, along with three other agents, Pete asked to read the full manuscript. Thirteen days later, he said he enjoyed reading it and wanted to talk to me on the phone. After an awkward phone call on my part, he’d offered representation. It took all my control not to scream in his ear. I had to notify the other agents of the offer and then wait for their responses. In the end, I chose Pete. I knew he was the agent for me on that first call. It was refreshing to have some who was calm and professional in my corner.

With Pete’s help and support, I was able to get out that publishing deal. It was tough and I was scared, but I had to jump. And I’m so glad I did. Because a few months later we inked the deal with Entangled Teen for the Library Jumpers series. Though I’d had a year of disappointments, it all worked out in the end … with a slight detour.

Brenda Drake is a New York Times bestselling author of Thief of Lies (Library Jumpers #1), Guardian of Secrets (Library Jumpers #2), Touching Fate (Fated Series #1), and Cursing Fate (Fated Series #2). She grew up the youngest of three children, an Air Force brat, and the continual new kid at school. She hosts workshops and contests for writers such as Pitch Wars and Pitch Madness on her blog, and holds Twitter pitch parties on the hashtag, #PitMad. When she’s not writing or hanging out with her family, she haunts libraries, bookstores, and coffee shops, or reads someplace quiet and not at all exotic (much to her disappointment).