How I Got my Agent: Jennifer Bardsley 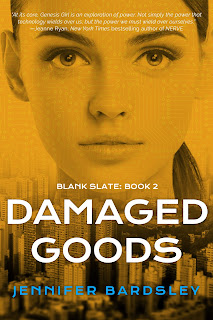 Blanca has everything she ever wanted, a hot boyfriend named Seth and the loving support of her foster father, Cal. She’s finally escaped the abusive control of her birth father, Barbelo Nemo, and her tortured childhood at Tabula Rasa School.

But the scars of Blanca’s Vestal upbringing run deep, especially when the FBI start asking questions. Blanca feels abandoned by Seth who is hunting for Lilith, Blanca’s only blood relative. The Defectos, a support group of Vestal-Rejects, offer Blanca comfort instead.

While the Vestal order crumbles, Chinese rivals called the Guardians rise to power and wrest control of important Tabula Rasa contacts. Now Blanca’s life is in peril once more, and this time, Blanca struggles to recognize friend from foe.

How I Got My Agent: Jennifer Bardsley

My agent is Liza Fleissig of the Liza Royce Agency, and she is exactly the type of champion a writer wants to make that jump from dreamer to published author. Liza answers emails promptly, cheers me on when I feel discouraged, and brings an enormous amount of experience and business sense to every conversation. Plus, Liza runs her agency like a little family and encourages her authors to help each other on the path to success.

I found out about Liza and LRA by looking in “The Book” from the Society of Children’s Book Writers and Illustrators. When a writer joins SCBWI, they have access to “The Book” which is a KidLit publishing encyclopedia. It tells you everything you need to do to get traditionally published, and a little bit of information about self-publishing as well. “The Book” has a section on literary agents. When I was ready to query my manuscript, I started alphabetically and emailed through the list. I no longer remember how many people I queried, but I think I was at the 15ish number.

Liza asked me for an exclusive full which meant she wanted to read my manuscript but also wanted me to pause on querying other agents while she spent time reviewing my work. When Liza called me up to speak to me about my project I was stunned. After all my hard work, I was finally talking to a real live person in publishing!

As soon as I hung up the phone, I cyberstalked some of Liza’s clients including Joshua David Bellin, Sarah J. Schmitt, Lisa Barr, and Darlene Beck Jacobson, and was impressed by what I discovered.  Liza represented a talented group of people.

A month or two later a beautiful legal-sized envelope came in the mail to me, direct from New York City. It was my contract with Liza Royce Agency; our agreement that Liza would represent me.

Whenever writer friends talk to me about their publishing goals, I tell them to join SCBWI, open up “The Book,” and grab a highlighter with determination. Stay persistent, have faith in yourself, and don’t give up! 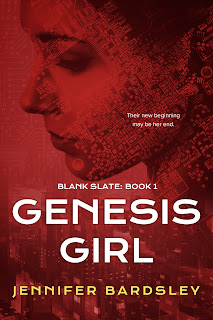 Eighteen-year-old Blanca has lived a sheltered life. Her entire childhood has been spent at Tabula Rasa School where she’s been protected from the Internet.

Blanca has never been online and doesn’t even know how to text. Her lack of a virtual footprint makes her extremely valuable, and upon graduation, Blanca and those like her are sold to the highest bidders.

Blanca is purchased by Cal McNeal, who uses her to achieve personal gain. But the McNeals are soon horrified by just how obedient and non-defiant Blanca is. All those mind-numbing years locked away from society have made her mind almost impenetrable.

By the time Blanca is ready to think for herself, she is trapped. Her only chance of escape is to go online. 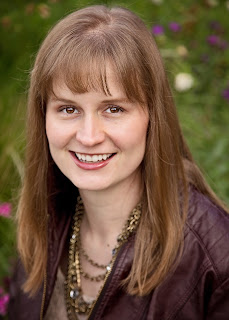 About Jennifer
Jennifer Bardsley writes the parenting column “I Brake for Moms” for the Sunday edition of The Everett Daily Herald. She also blogs at Teaching My Baby to Read with the mission of sparking a national debate on the important roll parents play in education. Jennifer is a graduate of Stanford University and a member of SCBWI. She lives with her husband and two children in Edmonds, WA.
GENESIS GIRL will release in 2016 and is about an 18 year-old girl whose lack of a virtual footprint makes her so valuable that she is auctioned off to the highest bidder, the sequel  will come out in 2017. Jennifer is represented by Liza Fleissig of the Liza Royce Literary AgencyLLC.
Follow the Jennifer on Facebook, Twitter, Instagram, and Goodreads.

Giveaway Details:
(1) winner will receive a Perfectly Posh, Posh To Meet You Set ($20 value), US Only.