#MondayMayhem: In Search of a YA Monster Story

@Repost from my tumblr blog: wereadyabooks.tumblr.com Today “M” is for Monster. Specifically Zombies (yeah, yeah I know zombie starts with a Z - let’s not split hairs). Last night’s The Walking Dead was, as always,fantabulous. I know, I know, The Walking Dead is not YA, but it has a lot of the same elements that make YA awesome: great characters.
I have been a zombie fan since I was allowed to watch scary movies. I’m talking as far back as Stephen King’sPet Sematary (yeah I still can’t crawl into bed without thinking of that creepy kid underneath). I even had a copy of George A. Romero’s Night of the Living Dead(on DVD of course – how old do you think I am). My top 5 favs are: 28 Days Later & 28 Weeks Later, Pontypool, Resident Evil, and Zombieland.
But upon reviewing my fav big screen Z’s, I realize my zombie-reads have seriously suffered. I’ve read World War Z and I Zombie, but nothing in YA. So last night I went on a fact-finding mission. I mean, YA has everything else; there’s fantasy, science fiction, contemporary, romance, mystery, crime and every other genre and sub-genre out there, so there must be this untapped vein of YA zombie books I’ve been missing out on.

Where do you turn to when you need some good book recommendations? Personally, I LOVE Goodreads! In this case they did not fail me; there was a huge list of YA zombie novels (226 - wha!!). And guess who I found right at the top? Carrie Ryan and her book, Forest of Hands and Teeth. I have wanted to read this forever, looks like I just needed an excuse!

So, I will get a copy of Forest of Hands and Teeth, and finally enter the YA Zombie-fest I’ve been missing out on! It’s even a series (eeek – I heart series)! Please, if you have any other recommendations, let me know!


Check out the list here:  https://www.goodreads.com/list/show/5059.YA_Zombie_Novels
Posted by HiddenWorldsBooks at 18:43 No comments:

@Reposted from my tumblr blog: wereadyabooks.tumblr.com
There’s something about a good song that makes a good book just that much better. I’d personally match up Adele’s Hello with John Green’s Paper Towns. *Sigh* young love (or semi-obsessed teens), either way both make the world a little bit better (I’m talking books & music, not semi-obsessed teens). Plus any song that can still sound amazeballs using kids musical instruments just shows its a rock star quality.
As for Paper Towns, we all know it was a rock star. It had mega success in it print and the box office. But what makes a great book uber-successful? Personally, I fell in love with this book at “Wegottagohome”. That’s right, it was Quentin’s innocence, not Margo’s mystery that made this book amazing to me. In fact, I was rooting for him not to find her, (SPOILER AHEAD) and when he did it was only with mild-irritation that I shrugged off her indifference. Did she not know how lucky she was! In truth, they would have never made it. I mean, come on, super-obsessive love never lasts – remember Romeo & Juliet *ahem*.
Thanks for joining me for a #bookjamsessions. Books and music, baby. Now that’s a great Sunday night.
Posted by HiddenWorldsBooks at 18:32 No comments: 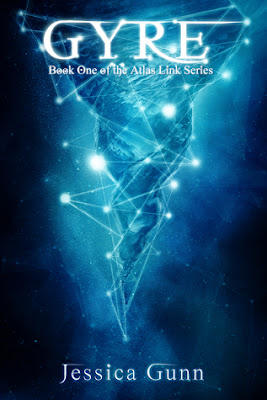 Chelsea didn’t try to teleport. All she wanted was to play the Battle of the Bands show. But after accidentally teleporting onto classified Navy vessel SeaSatellite5, all she’s rocking is the boat. Once it’s sorted out that Chelsea’s not a threat, SeaSat5’s top scientist offers Chelsea a position on the crew as an archaeology intern. Dr. Saint studies people with powers, believing them to be descendants of Atlantean refugees, except Chelsea’s powers are beyond anything on previous record.
While great for everyone else onboard, the miracle of Chelsea is Trevor’s worst nightmare. The same girl who’d given him a brief lifeline to sanity three months ago literally fell from the sky, under a mile of ocean, and onto the very station where he’s employed. Making matters worse, Trevor’s family are Lemurians, Atlantis’s enemy, and Chelsea’s presence is unpredicted—a wrench in an already unstable situation. But Trevor wants no part of his family’s war. The only thing he wants is Chelsea, Atlantean or not.
Days into Chelsea’s sudden appearance, SeaSatellite5 uncovers Atlantean ruins and a massive artifact cache, placing its entire, hundred-man crew in the crosshairs of an ancient war. There are those who want the Atlantean relics inside the ruins destroyed, and only Trevor knows the treasures for what they really are: Link Pieces, tools used by the ancient civilizations for their time-travel war.
With lies and shifting alliances abound, Chelsea and Trevor will have to think fast in order to save the station. If they don’t, the Lemurians will seize the artifacts and Atlantis will be destroyed forever.

Find out more about Jessica Gunn at http://www.jessicagunn.com

Gyre...now that's how you write NA. A step up in steaminess and age from YA books, Gyre was my first NA novel and a perfect fit for my preferences. Not only does it have elements I adore (I was going to be an archaeologist in a past life) but it also carried elements that kept me reading (action, adventure, mystery....and oh yes, romance). With my busy workload and family life, a book has to keep my interest or I just move on. Gyre not only kept my interest but also showed me that alternating POVs can be done well. Every chapter revealed more about the main characters, Chelsea and Trevor, and the mystery of Atlantis that ties them together. Oh, did I forget to mention Lemuria...yeah, google it -- I did. It's a lost continent, but that's all I can say without giving too much away! Read Gyre, you will not be disappointed...until you reach the end and are left wanting more.
Posted by HiddenWorldsBooks at 19:36 No comments: