Today I'm here to tell you about TEMPER by Beck Nicholas, Book 2 in the Lifer Series. I had the honour of reading an advanced copy of this book. Trust me - you will not be disappointed! 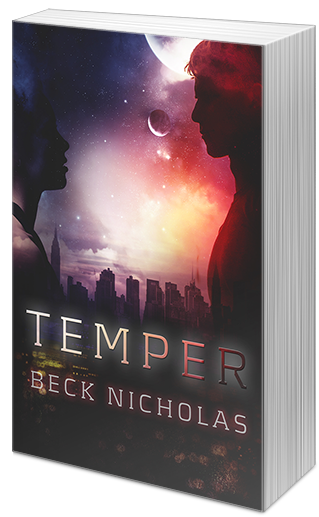 FREEDOM COMES WITH A PRICE.

Free from the spaceship and reunited with Samuai, Asher should be happy. But thoughts of her dead family weigh heavily on her mind.

Things worsen when temper problems in camp lead to a murder. When Asher volunteers to get the drug need to calm people down, tension ignites.

And when rumor of a second ship hits close to home, all bets are off.

Have the aliens returned? Is this the end of everything Asher has ever known? 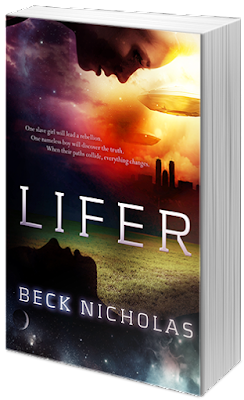 The Bourne Identity meets Under the Never Sky in this intergalactic tale of love and deception from debut novelist Beck Nicholas.

Asher is a Lifer, a slave aboard the spaceship Pelican. A member of the lowest rung of society, she must serve the ship’s Officials and Astronauts as punishment for her grandparents' crimes back on Earth. The one thing that made life bearable was her illicit relationship with Samuai, a Fishie boy, but he died alongside her brother in a freak training accident.

Still grieving for the loss of her loved ones, Asher is summoned to the upper levels to wait on Lady, the head Official’s wife and Samuai’s mother. It is the perfect opportunity to gather intel for the Lifer’s brewing rebellion. There’s just one problem—the last girl who went to the upper levels never came back.

On the other side of the universe, an alien attack has left Earth in shambles and a group called The Company has taken control. Blank wakes up in a pond completely naked and with no memory, not even his real name. So when a hot girl named Megs invites him to a black-market gaming warehouse where winning means information, he doesn’t think twice about playing.

But sometimes the past is better left buried. As Asher and Blank’s worlds collide, the truth comes out—everyone has been lied to... 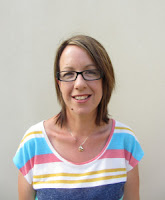 I always wanted to write.  I’ve worked as a lab assistant, a pizza delivery driver and a high school teacher but I always pursued my first dream of creating stories. Now, I live with my family near Adelaide, halfway between the city and the sea, and am lucky to spend my days (and nights) writing young adult fiction.