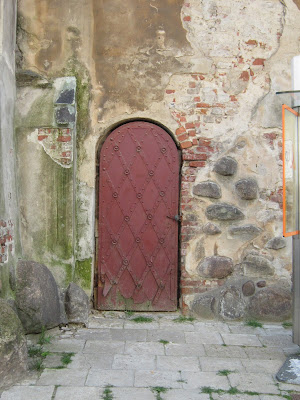 Photo Credit is Vanessa Barger. Homecoming It was after the flood. The big one—like I’m talking Noah-style, two-by-two, let’s go build an ark. Only ours was made of steel, not wood, and the two-by-two were selected by their genetic benefits. If Noah was an animal activist, we were the scientists he wanted drowned. It was all about survival of the fittest. The entire world was under water and we were like Gods floating along its surface seeking ways to extend our existence. We floated around years, heck it felt like lifetimes out there on the big blue sea, without a piece of dirt in sight. But I never forgot, not one second, about the girl I left behind. Sweet, sweet, Raylene. She was long legged, with lips that mesmerized when they opened and sang her tantalizing songs. She was a free spirit I could not tame, and in truth, I never would have tried, for messing with a masterpiece is an unforgivable sin. But as all free spirits, she could not be confined to our ship for an unknown eternity, but promised to wait for me to return one day. I spent many a night on the great big sea wondering where she was now. Then one morning, finally, hope spread its wings high in the sky. Not in the form of a dove, but rather a pigeon. I knew we were close; close to the streets of the Big Apple herself. And sure enough, as we neared, the tips of skyscrapers reached from the depths ready to reclaim the skies. It all happened so quickly, the drop of the water line. It was as if the earth below had suddenly grown thirsty and drank it up to satiate its core. Within six month the ground below appeared below the murky waters and I started to see Raylene’s angelic face in the depths. I knew I couldn’t wait any longer, so I prepared for a dive, and the crew understood my need, my desire, my urge to find my Raylene and let me go. The day I jumped into the waters leaving the safety of my refuge for the last two years was the first day I felt free. I paddled until I found a section of streets under the waves that were familiar. I dove and swam among the buildings Raylene and I had once visited. I moved along the current that followed the road where our footsteps had once touched. And all these memories and moments led me to the place I had dreamed for more than two years. The red door. It was raised out of the water, up the stairs to our flat, perched above the courtyard of our complex. I would have remembered it had one hundred years passed by, it’s wrought iron that Raylene had often ran her fingers along, now watching me in wait as I approached. I raised a hand at the door, about to knock, then realized that was not necessary, I was returning home after being lost at sea. So I opened the door, heavy against its rusted hinges, and strode into our home. Everything was as I remembered. The doilies Raylene had crocheted, the paintings on the wall that she used as a canvas, it was all there, all touched by her grace. I strode into the bedroom, where I had dreamed of her many a night at sea. There she lay, peacefully preserved by time, still wearing the ring I gave her on her withered hands. I fell at the side of the bed, overwhelmed by our final reunion, and closed my eyes until my tears took me to sleep. Find other great stories inspired by this picture: http://www.vanessabarger.com http://marycrockett.com Want to participate? Post your story in the comments below or contact Vanessa Barger to join our blog ring.
Posted by HiddenWorldsBooks at 09:56