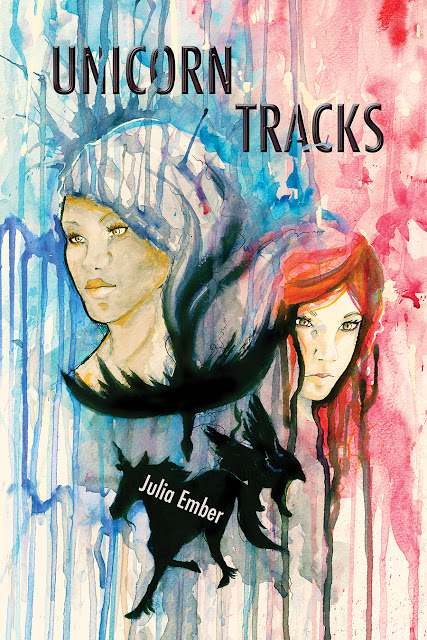 I am excited to have Julia Ember, author of UNICORN TRACKS, an upcoming release from Harmony Ink Press we are excited to read!!
1.      Tell us about your book in 140 characters or less (if you want to do this by series that is fine as well).
When a Unicorn Naturalist hires safari-guide Mnemba to help him track the elusive beasts, she doesn’t expect poachers to kidnap him or to fall in love with his daughter.

Hidden Worlds Books: You had me at Unicorn! I grew up on The Last Unicorn, with dreams of where all the unicorns in the world disappeared to.

2.      What would be the theme song for your book?
Sam Smith’s Writing on the Wall! I feel a little bit guilty for suggesting the latest Bond song, but it’s pretty perfect for the tone of the book, as well as Mnemba and Kara’s relationship. I also kind of (seriously) enjoy singing this while driving or in the shower, and your book’s theme song has to be one you can appreciate singing badly!

3.      What is your favorite YA book and why?
A truly impossible question! I consider myself a reader above being a writer. Not that I don’t seriously love writing, but being a reader has always been a feature of life for me! I’ll throw out a few favourites:
The Lady Knight and Song of the Lioness quartets by Tamora Pierce. These are the books I read when I was a teenager. Strong female fantasy characters weren’t as pervasive in the late 90s/00s as they are now. I still really respect how Tamora never tried to hide her characters’ femininity while still making them strong. They had crushes, periods, liked nice clothes … but they were strong and they were warriors with magic.
I’ve more recently become hooked on Sarah J. Maas’ Throne of Glass books. I think these have a lot of Pierce-resonance in them, which is probably why I was so instantly hooked!
Other favourites include:  Harry Potter (of course), The Sin Eater’s Daughter, Seraphina, the Artemis Fowl series.
4.      What are you currently writing?

I just signed a 3-book series with Harmony Ink Press! The series is called Ashes of Gold and the first book, The Tiger’s Watch , will release in August 2017. I’m starting to write Books 2 and 3. It’s the first time in my life I’ve had creative writing deadlines from someone other than myself! It’s exciting but also quite stressful.

I’m also finishing up a queer retelling of the Little Mermaid that I hope to have finished next month.

5. What are you currently reading?
Finishing the Throne of Glass series! Started fellow #Wo2016 member Jessica Gunn’s book, Gyre, this morning and I’m loving it so far!

Hidden Worlds Books: We had a chance to read GYRE too! LOVED IT! 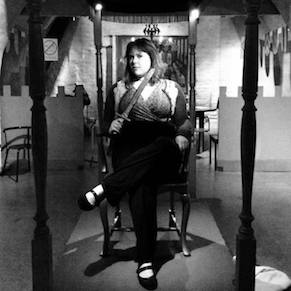 Originally from the Windy City, Julia Ember now resides in Sunny Scotland where she learned to enjoy both haggis and black pudding. She spends her days working as a professional Book Nerd for a large book distribution firm, and her nights writing YA Romantic Fantasy novels. She also spends an inordinate amount of time managing her growing city-based menagerie of pets with Harry Potter themed names.

A world traveller since childhood, Julia has now visited over 60 countries. Her travels inspire the fictional worlds she writes about and she populates those worlds with magic and monsters.