Today we are talking with Courtney Sloan, author of OF SCIONS AND MEN! 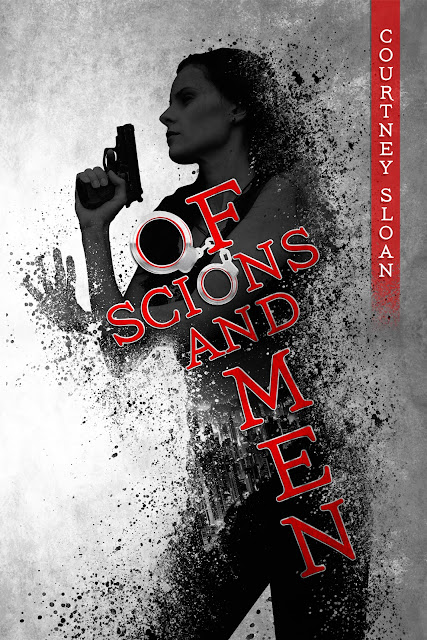 Rowan Brady, a Scion of the new American Order, tracks down a supernatural psycho and learns it’s politics, not monsters, that’ll kill you.

2. What would be the theme song for your book?
Girl on Fire by Rob Zombie

Hidden Worlds Books: I loved that it was used in the Resident Evil soundtrack - good pick!


3. What is your favorite book movie and why?
I love books and I love movies, but they don't always mix well together. I guess I would have to say Lord of the Rings. I loved those books as a child, and the movies, especially the extended versions, came closer than almost any other book-to-movie series out there to getting it right. Not perfect, but close.

Hidden Worlds Books: Though I found the Hobbit could have been done in two movies, I agree that LOTR was well done!

4. What are you currently writing?
I have almost completed book 2 in The American Scion series, THE SCIONS OF WRATH.

5. What are you currently reading?
GYRE by Jessica Gunn. I'm lucky enough to have an eARC. Atlantians and magic and action. Loving it.

Hidden Worlds Books: Oooh! I've read that one and LOVE it! I'm a sucker for archaeological references!! 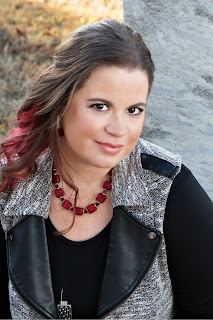 A New Orleans native, Courtney Sloan relocated to the hills of Central Maryland after Hurricane Katrina. There she lives with her husband and fellow author, J.P. Sloan, their son and their crazy German Shepherd pup. Adding to her writing life, Courtney is also a professor at the local college and enjoys learning a world of new ideas from her students as she teaches them about writing and communicating.

Courtney’s New Orleans upbringing has left her with a love for the macabre and a flare for the next to normal. She writes speculative fiction with a variety of horror and sass mixed in for flavor. She loves taking the world of politics that haunts us now, and adding the supernatural to create a gumbo of thrills to keep you up at night.

A self-proclaimed lover of way too many fandoms, Courtney also loves crafting. From blankets to jams to stories, it’s always better homemade.