Thank you for hopping over to this leg of the Snowy Wings Publishing Middle Grade Blog Hop!
Today we're featuring the cover for The Firewalkers Curse, book three in The Descendants series.

DON'T MISS OUT ON THE RAFFLECOPTER AT THE BOTTOM OF THIS POST! 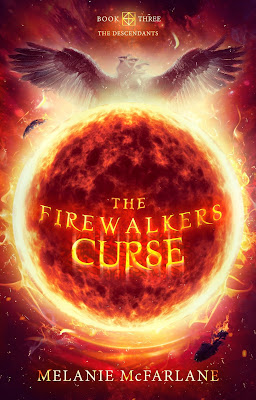 Seth Reid is slipping back to the dark side.

After losing his grandfather, Seth Reid has grown closer to his dark counterpart in the Void. Whispers from his missing twin follow Seth everywhere, quietly pushing him in his decisions and keeping Seth angry enough to feed the dark infection within his scar.

But when he learns that his father's killer is still alive on the fire world, Incendia, Seth travels alone to seek revenge on Lotus. There he finds a race of forgotten people who teach him something more powerful than anger--forgiveness. But will the ways of the Firewalkers be enough to pull Seth away from the darkness?

When Seth reunites with his siblings, he finds out that the crystals have been holding back one giant secret of their own, and it's a game changer. But nothing matters if the siblings can't save the fire crystal.

And if they do, is it too late to save Seth from the darkness?

Check out the rest of the series below! 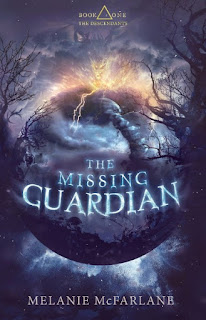 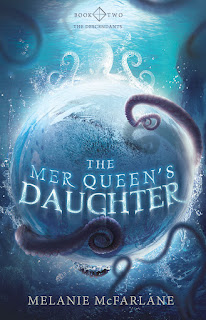 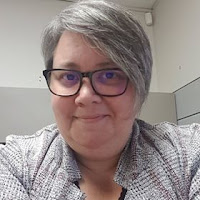 Whether it’s uncovering the corruption of the future, or traveling to other worlds to save the universe, Melanie McFarlane jumps in with both hands on her keyboard. Melanie focuses her powers on writing dark stories to keep tweens and teens up all night.
Melanie is the author of the upper middle grade fantasy series The Descendants (The Missing Guardian, 2017; The Mer Queen’s Daughter, 2018; The Firewalkers Curse, 2020; and The Court’s Last Stand, 2021).
Follow Melanie on Facebook, Instagram or Twitter.

As a thank you for participating in our blog, we’re offering a chance to win eight (8) ebooks and two (2) paperbacks from our middle-grade authors!


Hop around and make sure to visit everyone this week! All links are live during the hop.