Guest Post: Author Calista Lynne on THE RULER OF RESUMES

Today on the blog we have Calista Lynne, author of WE AWAKEN from Harmony Ink Press. 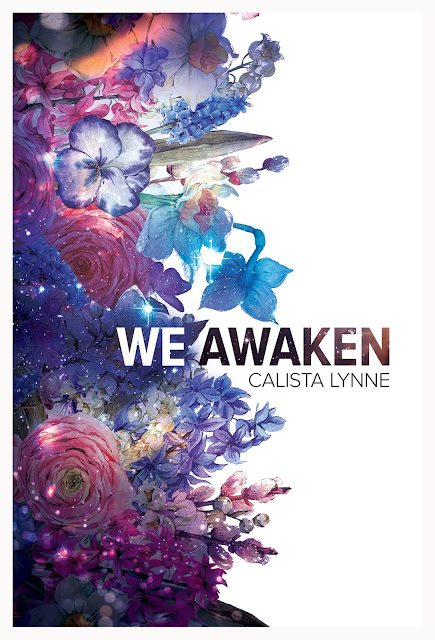 Victoria Dinham doesn’t have much left to look forward to. Since her father died in a car accident, she lives only to fulfill her dream of being accepted into the Manhattan Dance Conservatory. But soon she finds another reason to look forward to dreams when she encounters an otherworldly girl named Ashlinn, who bears a message from Victoria’s comatose brother. Ashlinn is tasked with conjuring pleasant dreams for humans, and through the course of their nightly meetings in Victoria’s mind, the two become close. Ashlinn also helps Victoria understand asexuality and realize that she, too, is asexual.

But then Victoria needs Ashlinn’s aid outside the realm of dreams, and Ashlinn assumes human form to help Victoria make it to her dance audition. They take the opportunity to explore New York City, their feelings for each other, and the nature of their shared asexuality. But like any dream, it’s too good to last. Ashlinn must shrug off her human guise and resume her duties creating pleasant nighttime visions—or all of humanity will pay the price.

Writing is a skill that must be worked at, there is no doubting that. If you have to skills you can get published, but a lot of times it’s hard to break into the industry even if you can turn out perfect iambic pentameter in seconds. Literary agents don’t care about your resume so much as the quality of work, but it doesn’t hurt. This is my guide to building a resume for everyone else, though. There isn’t a perfect formula, but with this method I have gotten freelance writing jobs, editing work, and a position in a publishing house. Oh, and this was all by the age of 18. I began this process around the age of 15 and have grown from there.

1.     WRITE FOR FREE- A lot of people recommend getting a blog to showcase writing skills. I never did this for fear of it not becoming popular and being a waste. When I worked in a magazine publishing house, though, I learned that editors actually do look at these for proof of ability when considering hopefuls who email in, begging to be allowed to write articles/columns. What I had done was write for small magazines (and even just zines a lot of times) that did not pay for poetry or short pieces. They were frequently themed. These are easier to get published in and every time I got in one, I would have a nice new line on my resume clearly proclaiming that I have, in fact, been published in something that has been printed out on physical paper. Google is your friend for finding these.

2.     GET ONLINE- The paid writing jobs want to see links. It’s much easier to click over to an article on a decent looking website than to open up a million files of unpublished work you’ve attached. This is where that blog might come in handy. I volunteered writing for a feminist blog, which gave me links to many of my articles available online. I could send these to other feminist websites which had put out calls for writers. They saw I could write on the subject and that people were reading my words. Of course I was a bit “typecast” in the writing world as a feminist writer for quite some time because my resume was filled with websites featuring words like Bitches and Scandalous in them, but I was also being paid so I can’t complain.

3.     HAVE IDEAS- This seems like a simple enough step but it’s actually where I struggle. Publishers like to see that you have topics for articles and columns so they don’t have to come up with them for you. At the magazine publishing house, I wrote out many emails to young hopefuls saying Nice CV but can you send over article pitches? Having an original idea puts you far above the guy who says he knows how to write and can he please have a job. So research the magazine/website you want to write for and think of three or so pitches.

4.     FILL A VOID IN THE MARKET- I’m not going to lie, having a book released by a legitimate publisher helps any resume. I milked that fact for all it was worth in the body of my emails and twice on the resume itself. The reason I even got my book published at all is because I kept an eye out for what was missing in the industry. A lot of people had been vocal about their desire for two things: asexual leads and happy endings for LGBTQ characters, both of which are rare in literature and media in general. I had seen a publisher who expressed desire to publish a novel with asexual characters, and they were one I had worked with before (although that time they had turned down my piece). So I got to it and wrote the novel then sent it directly to them. The rest is history. Now it is a nice opening to my resume and cover letters, plus I have added experience being edited and can use this when I got agent/job hunting in the future.

So that is my advice to all you young hopefuls. Know that I am still a young hopeful myself and I wish you all the luck in the world. My first novel is coming out July 14! 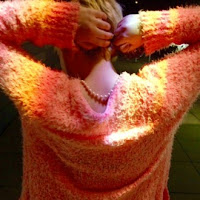 Calista Lynne grew up on the American East Coast and is currently studying in London. She is having difficulty adjusting to the lack of Oxford commas across the pond and writes because it always seemed to make more sense than mathematics. Look for her near the caffeinated beverages.