My guest today is Simon Rose, author of science fiction and fantasy novels for children and young adults.

Tell us about your latest novel. 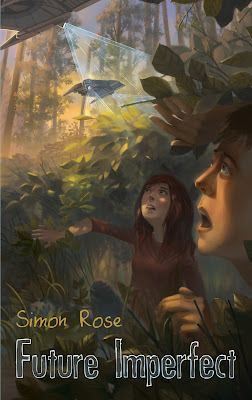 Future Imperfect is an exciting technology-driven adventure featuring teenage geniuses, corporate espionage, and mysterious messages. In the novel, we’re introduced to Andrew Mitchell, who was one of the leading experts in highly advanced technology in Silicon Valley, until he vanished following a car accident, which also injured his son, Alex. When a mysterious app later appears on Alex’s phone, he and his friend Stephanie embark on a terrifying journey involving secret technology, corporate espionage, kidnapping, and murder in a desperate bid to save the future from the sinister Veronica Castlewood.

The story will appeal to all young readers for whom technology plays such a large role in their lives, whether it’s cell phones, laptops, tablets, gaming, or the online world, but it’s also a very compelling adventure story, with lots of cliffhangers, twists, and turns.

Tell us about your other novels for young adults. 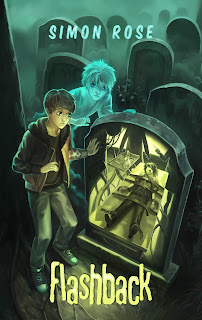 Future imperfect is my tenth novel for young adults. The other novels include The Alchemist's Portrait, The Sorcerer's Letterbox, The Clone Conspiracy, The Emerald Curse, The Heretic's Tomb, The Doomsday Mask, The Time Camera, The Sphere of Septimus, and Flashback. I’ve also written more than 80 nonfiction books for children and young adults, but have also written books for adults. These include The Children's Writer's Guide, The Working Writer's Guide, The Social Media Writer's Guide, School and Library Visits for Authors and Illustrators, and Exploring the Fantasy Realm.

My previous novel, Flashback, is a paranormal adventure involving psychic phenomena, ghosts, imaginary friends, mind control experiments, secrets, conspiracies, and time travel with a difference. Flashback has two sequels coming out in 2017, one in the spring and the third installment in the summer. These are already completed but there will be revisions and editing along the way later this year. I’m developing plans for some sequels to The Sphere of Septimus and Future imperfect may generate more adventures too. I’m also working on a parallel universe trilogy, which I hope to have completed later this year. 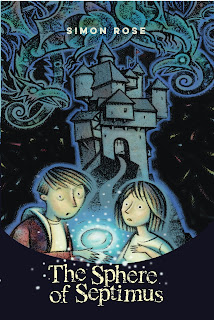 What kind of marketing and promotion do you do?

I’m in all the usual places online and on social media but I’m also active in the local writing community and conduct book signings at local bookstores on a regular basis. Last week I was at the Calgary Comic and Entertainment Expo and next week I’ll be connecting with readers at schools and libraries in Montreal and Quebec City during Children's Book Week. In August I’ll also be appearing at When Words Collide in Calgary.

What other work do you do?

I work as an instructor for adults at Mount Royal University and the University of Calgary. These classes and courses focus on writing for children and young adults or preparing your work for publication. I also offer coaching and editing services for writers in all genres and conduct online writing courses, such as Writing for Children and Young Adults and Writing Historical Fiction. I write screenplays, articles for magazines, and offer copywriting services for websites, blogs, social media, and businesses.

Do you have any advice for new authors?

Writing is in some ways the easy part. It can be a very long process not only to write a book, but also to get it published. Most authors go through many revisions before their work reaches its final format. Remember too that your book will never be to everyone’s taste, so don’t be discouraged. A firm belief in your own success is often what’s necessary. After all, if you don’t believe in your book, how can you expect other people to?

Read as much as you can and write as often as you can. Keep an ideas file, even if it’s only a name, title, sentence or an entire outline for a novel. You never know when you might get another piece of the puzzle, perhaps years later. You also mustn’t forget the marketing. You may produce the greatest book ever written. However, no one else is going to see it if your book doesn’t become known to potential readers. Be visible as an author. Do as many readings, signings and personal appearances as you can. Get your name out there and hopefully the rest will follow. Especially for newly published authors, books don’t sell themselves and need a lot of help. 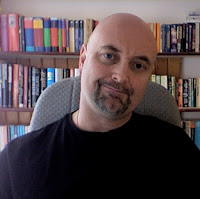 Where can people learn more about you and your work?

You can visit my website at www.simon-rose.com or subscribe to my newsletter, which goes out once a month and has details of my current projects and upcoming events.