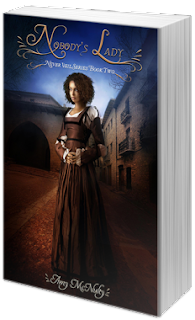 For the first time in a thousand years, the men in Noll’s village possess the freedom to love whom they will. In order to give each man the chance to fully explore his feelings, the lord of the village decrees all marriages null and void until both spouses declare their love for one another and their desire to wed again. What many women think will be a simple matter becomes a source of village-wide tension as most men decide to leave their families and responsibilities behind.

Rejected by the lord and ashamed of her part in the village’s history, Noll withdraws from her family and lives life as an independent woodcarver. This changes when her sister accuses her of hiding her former husband Jurij from her—and when Jurij eventually does ask to move in. Determined not to make the same mistakes, Noll decides to support her male friends through their new emotional experiences, but she’s soon caught up in a darker plot than she ever dared imagine possible from the men she thought she knew so well. And the lord for whom she still has feelings may be hiding the most frightening truth of them all.

Finally, I got a chance to read NOBODY'S LADY, the sequel to Amy McNulty's NOBODY'S GODDESS. It was amazing, as I expected it would be. I can say I loved it even more than book one!!

In NOBODY'S LADY, Noll has to deal with a town of free men. To make matters worse, Aillil has decreed all marriages void, unless both parties ask to be married again. This allows a number of men to walk away from their marriage duties, which of course, leads them to spend more time at the local pub gallivanting.

But when they decide to go after Aillil and find out how he knows the villagers comings and goings, it results in more questions, and reignites the spark of romance between Noll and Aillil, as she realizes she truly does love him...but is it too late? 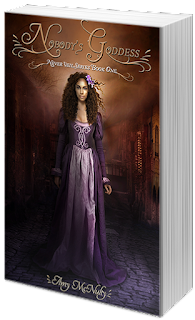 In a village of masked men, magic compels each man to love only one woman and to follow the commands of his “goddess” without question. A woman may reject the only man who will love her if she pleases, but she will be alone forever. And a man must stay masked until his goddess returns his love—and if she can’t or won’t, he remains masked forever.

Seventeen-year-old Noll isn't in the mood to celebrate. Her childhood friends have paired off and her closest companion, Jurij, found his goddess in Noll’s own sister. Desperate to find a way to break this ancient spell, Noll instead discovers why no man has ever chosen her.

Thus begins a dangerous game between the choice of woman versus the magic of man. And the stakes are no less than freedom and happiness, life and death—and neither is willing to lose.

Amy McNulty is a freelance writer and editor from Wisconsin with an honors degree in English. She was first published in a national scholarly journal (The Concord Review) while in high school and currently writes professionally about everything from business marketing to anime. In her down time, you can find her crafting stories with dastardly villains and antiheroes set in fantastical medieval settings.

a Rafflecopter giveaway
Posted by HiddenWorldsBooks at 02:00