#BookReview: Ashes in the Sky by Jennifer Eaton @Month9Books 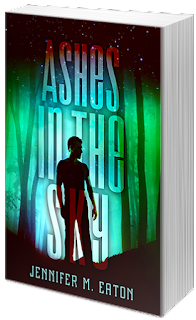 After inadvertently saving the world, eighteen-year-old Jessica Martinez is ready to put adventure behind her and settle back into the familiar routine of high school.

Though when she’s offered an opportunity to photograph the inside of an alien space ship, Jess jumps at the chance. After all, she’d be crazy to turn something like that down, right?

Spending time with David on the ship has definite advantages and the two seem to pick up right where they left off. But when Jess discovers a plot to sabotage David’s efforts to establish a new home for his people on another planet, neither David’s advanced tech nor Jess’s smarts will be able to save them.

ASHES IN THE SKY is an action-packed, romantic Sci Fi adventure that will leave readers screaming for more.

Lately I've been impressed by sequels. Like, enjoying them more than their predecessor, which is a hard thing to do, when the first book in a series is the one that grabs your attention, makes you fall in love with the characters, and is that all consuming first impression you can never forget. But I have to say, I love ASHES IN THE SKY, even more than Book 1.
It could be the amazing world building that Eaton accomplishes, creating an alien ship made of non-earth elements, which is no simple feat. Though at times I found myself reading passed the scientific explanations, I still appreciated that they were implemented appropriately in the novel.
Oh and the romance builds, which I can't complain about. Seeing the passion between Jess and David continue is an added bonus. Especially when the twist comes early in the novel, adding to the life or death action and adventure.
Enjoy this series, it goes from great to amazing. But one warning I have to give is watch for the grassen. 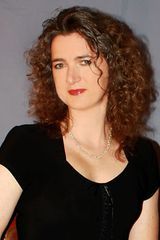 Jennifer M. Eaton hails from the eastern shore of the North American Continent on planet Earth. Yes, regrettably, she is human, but please don’t hold that against her. While not traipsing through the galaxy looking for specimens for her space moth collection, she lives with her wonderfully supportive husband and three energetic offspring. (And a poodle who runs the spaceport when she’s not around.)

During infrequent excursions to her home planet of Earth, Jennifer enjoys long hikes in the woods, bicycling, swimming, snorkeling, and snuggling up by the fire with a great book; but great adventures are always a short shuttle ride away.
Who knows where we’ll end up next?